While completing his PhD at the University of Toronto, Ahmed Huzayyin observed the exciting energy transition taking place throughout North America’s industrial facilities. In 2011, with his doctorate of electrical engineering in tow, Dr. Ahmed made a beeline to Egypt where he helped to foster a renewable and industrial energy efficiency market on home soil. 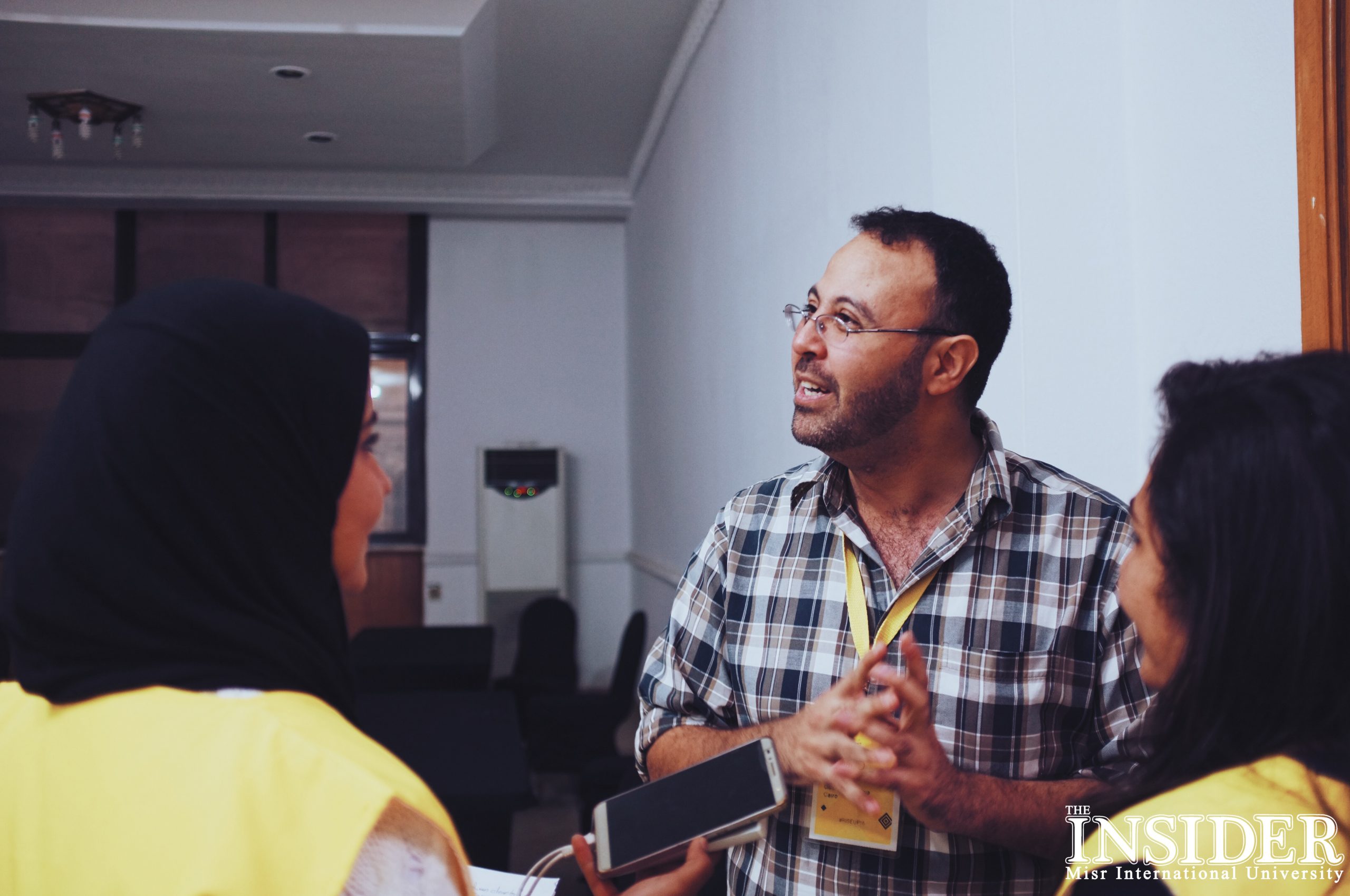 In less than a decade Egypt’s national market for industrial energy efficiency services has taken on a life of its own. With the support of UNIDO’s Industrial Energy Efficiency project, more than 3.58 metric tons of CO2 have been avoided, more than 700 local expert consultants have been trained and companies like petrochemical manufacturer SIDPEC are enjoying annual energy cost savings of more than USD $500,000. By 2030, UNIDO’s Industrial Motors Efficiency Program (IMEP) expects Egypt’s industrial energy efficiency service (ESCO) market to be worth USD $10 billion.

Meanwhile, major renewable energy projects are now under development, reflecting the government’s resolve to turn this vision into reality. The government’s latest targets call for 20 per cent of Egypt’s power generation to be based on renewables by 2022, and 42 per cent by 2035.  Companies like Arabian Cement Company are leading the charge, establishing the largest industrial solar facility in the country. 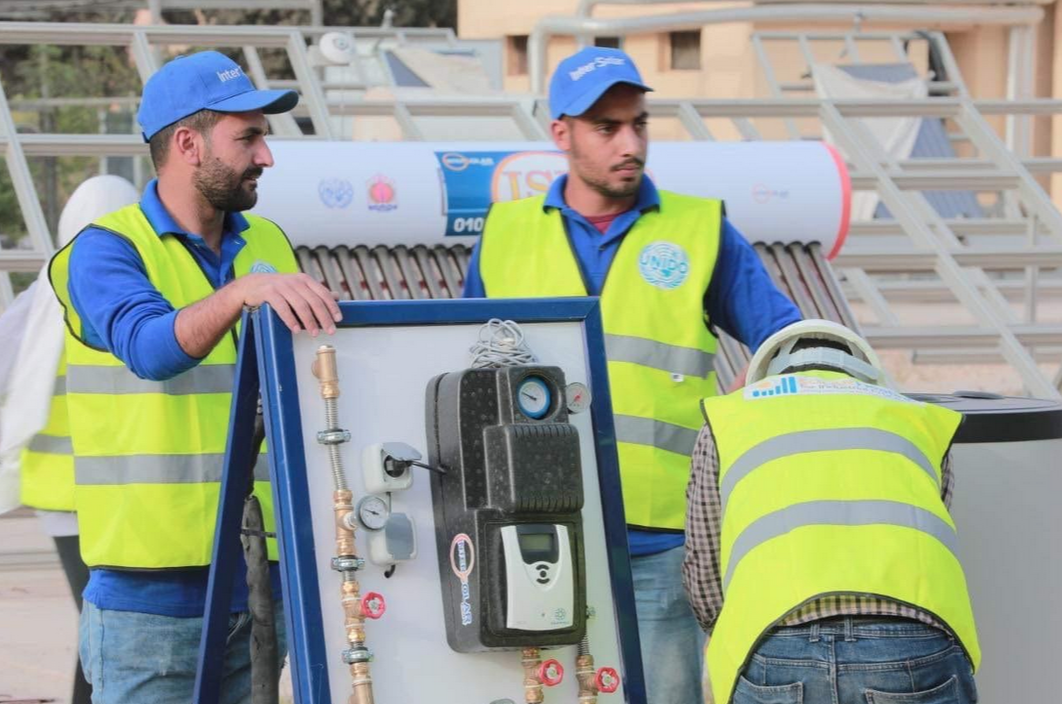 Initiatives including UNIDO’s Solar Heating for Industrial Process Heat (SHIP) in Egypt are helping to demonstrate the potential for renewable integration in industry, and they are accelerating market demand as a result.

Dr. Ahmed is now managing the Eco-Industrial Department in Chemonics Egypt, a leading MENA Management and Engineering Consultancy firm which is among the first companies offering resource efficiency services in Egypt. Chemonics Egypt has been riding the wave of Egypt’s growing industrial energy efficiency market. In 2013 the electrical engineer would be lucky to win one in 20 proposals he submitted to private factories. Today with Chemonics Egypt he has a year-long wait list for his energy/resource efficiency consulting services.

“Just last month we hosted an information webinar about energy system optimization. We sent one email about it and had more than 70 factories tune in. It’s just one example of the shift we’ve seen in Egypt’s industrial energy efficiency market in just a few short years,” explains Ahmed.

According to Ahmed, investments of USD $15 billion are needed to capture the industrial energy efficiency potential in Egyptian factories. With only about $40 million of investment generated at most per annum, there is currently a massive funding shortfall. Egypt has about 60,000 industrial establishments,  and while companies are now aware of the benefits of industrial energy efficiency and renewable applications, Ahmed says only an estimated 2000 to 3000 companies are seriously investing in the transition.

Tell us about those early days, when scaling up industrial energy efficiency practices in Egypt was essentially a pipe dream.
We almost started as ‘crazy preachers’ talking about energy efficiency. In the beginning what we were telling factories was often considered nonsense. From the industries’ perspective we were trying to sell them something that didn’t exist.

When the UNIDO project was scoped back in 2011 energy was cheap, company management was organized in silos and, as a result, consideration for energy management and energy spending was not part of company culture. Factories consumed energy to produce, and manager bonuses were tied to production. The energy bill was paid for by someone in procurement and it wasn’t always accounted for in the overall cost structure of the goods produced.

What were the key factors which contributed to the dramatic rise in demand for industrial energy efficiency in less than a decade?
Things changed fairly rapidly in 2012 when the energy crisis hit. By 2013 energy prices became a significant cost for industrial companies. Also, there were regular blackouts and energy shortages including limited natural gas supplies. Suddenly, factories and the private sector started to think: ‘what do we do?’ They needed a solution. It was at this point that energy efficiency and renewable technology started to make a lot more sense. From there, interest in training for energy efficiency and system optimization really started to take off.

Looking back, what is your advice to countries who want to emulate the way Egypt was able to accelerate its industrial energy efficiency market?
While interest in energy efficiency and renewables increased on the back of the energy crisis, there still wasn’t a ‘formal market’ for industrial energy efficiency services and technologies. There was also the emergence of unstandardised products, which claimed to lower energy use but were essentially scams. So we were at a point where there was demand for sustainable energy solutions, but also a lack of trained experts and effective products to respond to the demand. This is a very critical stage for markets, there is a risk that they can collapse if quality control, standards, training and access to finance isn’t established quickly.

We had a situation in the 1970s and 1980s with the introduction of solar thermal heaters. The market boomed very quickly, but due to a lack of  knowledge and best practice there were a lot of inadequate systems, installations and big failures. It gave the technology a bad reputation and almost killed the market before it had any real chance of growing.

Do you see a lot of industrial organizations wanting to skip ahead when it comes to investing in renewables before they straighten out their energy management systems? Is that an issue?
While some factories and facilities do invest in renewables before efficiency, I’m not too worried because at the end of the day we still need both. I think both markets can grow, but ultimately, regardless of whether it is renewables or energy efficiency, ideally the decision to invest is driven by wider energy management and sustainability principles.

I think the most important thing is that decisions concerning energy management and renewable integration are done consciously and systematically. Good energy management in practice ensures that there are regular discussions held by management and on the factory floor about energy planning and related investment decisions. I think people can get caught up in what needs to be done first. Optimizing energy systems requires a tailored approach for each industrial facility. It is not a cookie cutter step-by-step approach. 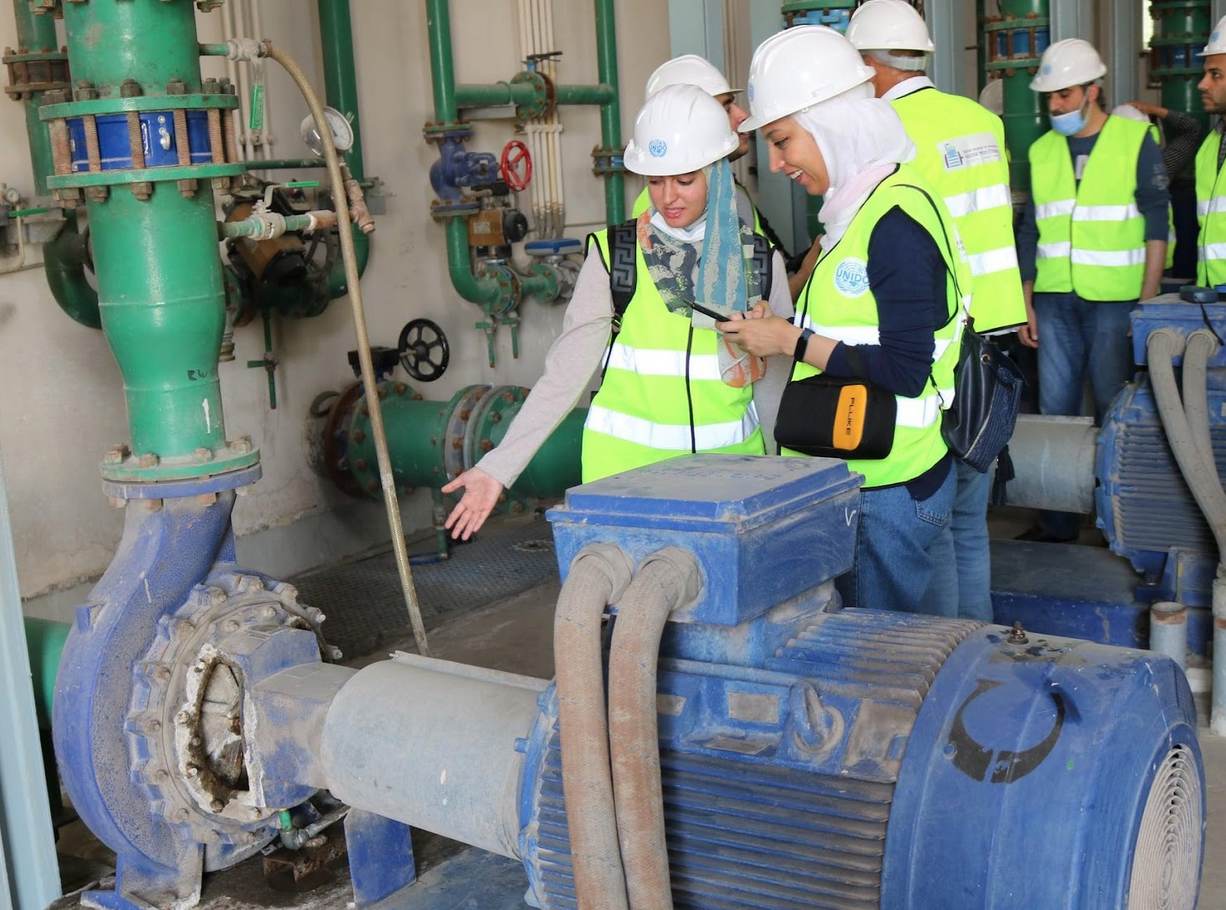 In less than a decade Egypt’s national market for industrial energy efficiency services has taken on a life of its own. With the support of UNIDO’s Industrial Energy Efficiency project, more than 3.58 metric tons of CO2 have been avoided, more than 700 local expert consultants have been trained and companies like petrochemical manufacturer SIDPEC are enjoying annual energy cost savings of more than USD $500,000.

What’s next for Egypt’s industrial energy efficiency and renewable technology market?
While we have made great advances, we still have to temper our excitement about what we’ve achieved so far. We laugh about the days when this topic was treated as hocus-pocus, and now it’s being embraced. However we need to realize that the market dynamics continue to evolve and so we need to continue to embrace the challenges. We still don’t have a mass market for renewables in the industrial sector, which includes expert service providers and monitoring and verification consultants. Technical knowledge within factories is also still lacking.

It has been a long journey since you were inspired by the possibilities of an industrial energy transition while studying in Toronto. What is your secret to staying motivated? What gets you out of bed every day even if things aren’t going perfectly to plan?

I like to focus on the simple things such as a smile on a technician’s face who has learned something new or implemented a new procedure which saves money. That’s enough of a driver for me, to keep seeing these small wins. Combined, it’s these small wins that will keep us moving forward. Egypt has so much potential to capture in this growing industrial energy efficiency and renewables market, there’s a lot to be excited about.

On the road to Glasgow: The combined power of industrial energy efficiency and renewables

This article is part of a series of interviews which explore the important link between industrial energy efficiency and renewable applications. When pursued together, EE and RE has the potential to achieve 90 per cent of the carbon reductions required to limit global temperature rise in line with the Paris Agreement goals.

How are industries in low- and middle-income countries coping with the energy crisis?