By Tareq Emtairah
Director of the Department of Energy, UNIDO

Just like the widespread industrial shutdowns of the Great Depression, the COVID-19 economic crisis has left industrial companies reeling. Auto manufacturing plants are lying idle and demand for crude oil, copper, iron ore, and other industrial commodities is grinding to a halt. However, the biggest difference today is that we are also facing an unprecedented climate crisis.

At UNIDO we are seriously concerned. The industrial sector is a major driving force of the developing nations we work with. In the past month we have seen numerous examples of our worst fears realized. For instance in Bangladesh around 1 million workers, mostly female, have lost their jobs. Industry groups estimate that this will translate into $6 billion in lost revenue this year alone — about a sixth of Bangladesh’s total annual export revenue. This will likely induce a major humanitarian crisis in a country where a quarter of the population already lives below the poverty line.

The priority, first and foremost, is for policymakers to protect livelihoods and boost the capacity of national health sectors. We cannot sugar-coat the very real challenges and difficult decisions governments are currently grappling with.

Nevertheless, it is critical that stimulus responses are designed in a way which account for long-term climate impacts and economic resilience. We cannot afford to further fuel the ecological threats to humanity that lie on our horizon.

This call for ‘green stimulus’ is far from novel. Just last month the UN Secretary General declared “we have a responsibility to recover better.” Fatih Birol, the head of the International Energy Agency, went one step further by publicly calling for governments and international financial institutions to put the clean energy transition at the heart of stimulus packages. European heads of state have also formally called on the European Commission to start preparing “a comprehensive recovery plan” that integrates a green transition.

While there are many unknowns when it comes to the current recession, we can draw lessons from stimulus responses of the past. In the wake of the Global Financial Crisis, economic recovery packages were implemented in numerous countries to stimulate green growth, create jobs and support low-carbon economies. China and South Korea quickly became the world leaders in green spending. While it wasn’t perfect, the American Recovery and Reinvestment Act of 2009 designated US$90 billion to promote clean energy. The historic US bill is often credited with the “explosion” of America’s clean energy economy, which created hundreds of thousands of new energy efficiency jobs and a platform for tech companies like Tesla to thrive.

Looking further back to the late nineties, in the midst of a major spike in oil prices, countries like Morocco and Tunisia were forced to dramatically invest in energy efficiency and renewable technology to regain control over their energy security. The results speak for themselves. Today, Morocco is on track to meet one of the most ambitious 2030 clean energy targets in the world. Meanwhile, Tunisia is credited as a regional leader in public, industrial and household energy efficiency and also for its wind power generation, which has steadily increased since 2014. 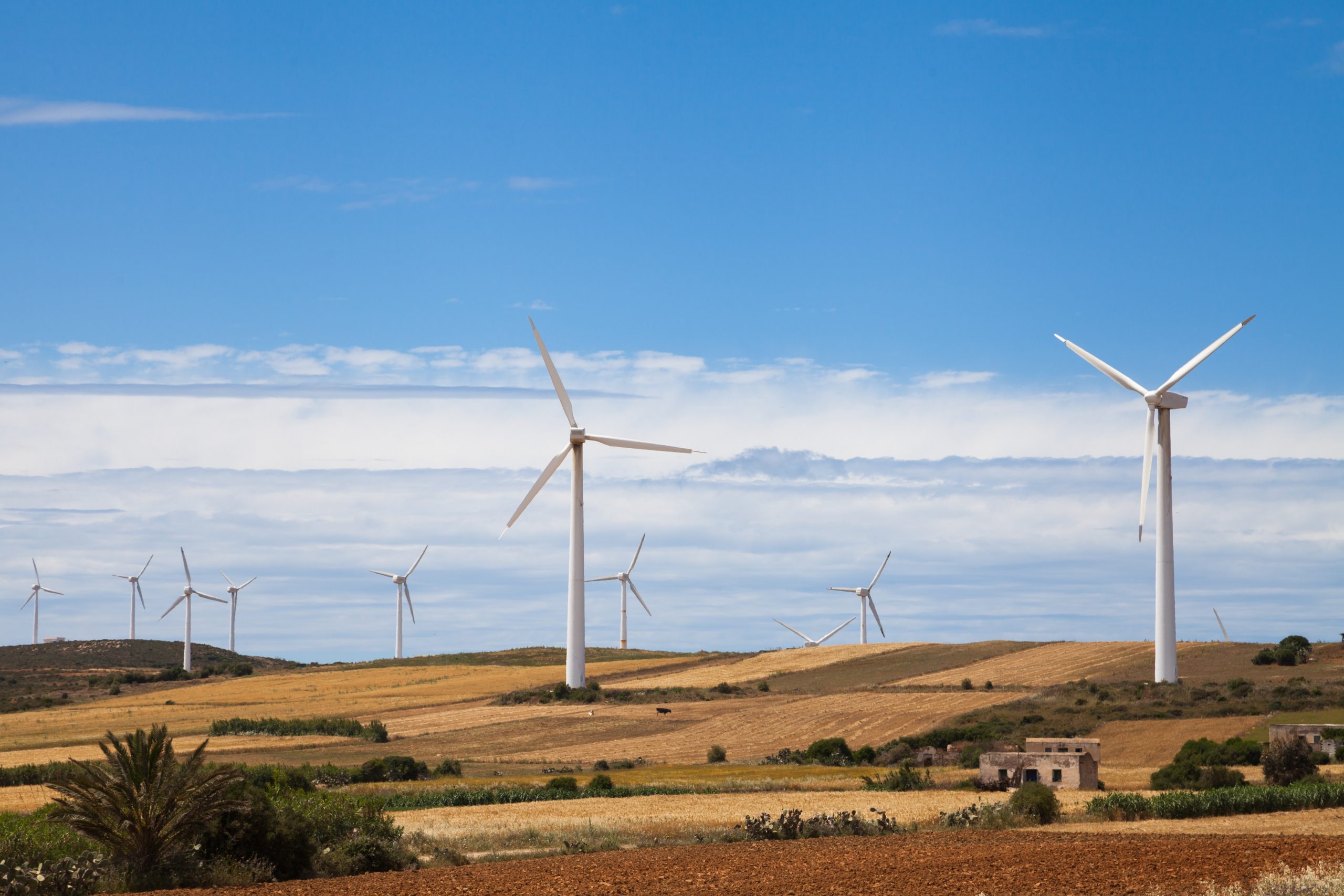 Tunisia aims to produce 30% of its electricity from renewable energy sources by 2030.

The question therefore becomes one about resilience, particularly in the face of inevitable ongoing economic shocks. How can we carefully design stimulus packages which address the current economic crisis, without compromising our long-term health and safety?

In 2017 global energy subsidies grew to $5.2 trillion, representing 6.5 per cent of combined global GDP. For years these subsidies have artificially kept the price of fossil fuel consumption low, thereby decreasing incentives for industries to investigate and invest in cleaner and more efficient energy solutions. In other words, these subsidies have significantly stalled progress on the clean energy front.

According to recent research, conducted by the International Institute for Sustainable Development (IISD), just 10-30% of the fossil fuel subsidies would pay for a global transition to clean energy.

There are valid reasons for governments to make energy more affordable, particularly in impoverished nations. Many developing countries that maintain fossil fuel subsidies are often economically dependent on the traditional energy sector.

However the current drop in oil prices, combined with the global decrease in demand for energy, provides a golden opportunity to diversify and pivot towards a cleaner and more efficient energy sector. It’s a radical call to action, but it is one that is shared by many including the International Energy Agency.

Globally, the COVID-19 crisis is expected to wipe out 6.7 per cent of working hours by the second quarter of 2020. This is equivalent to 195 million full-time workers. In developing nations where industrial supply chains are bottlenecked and foreign investment has virtually evaporated overnight, income losses are expected to exceed $220 billion.

We know for a fact that employment programmes which promote energy efficiency and the renewable energy sector have a tendency to create more jobs. In the past decade alone, millions of new jobs emerged in renewable and energy efficiency sectors. In the US for instance, growth in clean energy jobs far outpaces the number of paychecks provided by the fossil fuel industry by at least five to one.

In the short-term, it’s critical that we maintain the existing capacity within the energy efficiency and clean energy workforce. Unfortunately, far too often energy efficiency specialists are among the first to be dismissed during an economic downturn, despite their critical role in reducing production costs.

Industrial energy efficiency jobs will also be crucial in the massive public infrastructure investments used to rebuild national economies after the COVID-19 crisis. Energy efficiency measures are most cost-effective when new plants or buildings are being designed and built. Incentives that encourage replacement of outdated machinery and improved production processes will also help to quickly accelerate demand for energy efficiency managers and specialists.

On average 2.65 full-time jobs are created from USD 1 million spent on fossil fuels, while that same amount of spending would create 7.72 jobs in energy efficiency (Garrett-Peltier, 2011).

Last, but certainly not least, is the dire need to provide support to Small-to-Medium Sized enterprises (SMEs), not just so that they survive but so they can thrive in a new economy. In developing nations like Mexico, Indonesia, China, India, Bangladesh, Egypt and many others, industrial SMEs make up the bulk of the national economy and are the engines of job creation.

Limited access to finance and training is a critical issue which must be overcome. At UNIDO we are working hard to develop the energy efficiency capacity of SMEs through our government and private sector partners. Our experience shows that tax incentives, micro-loans, affordable equipment upgrades and exposure to best practice, can dramatically reduce energy bills in the short term. Many businesses involved in our programmes around the world have reduced their energy bills by up to 15 per cent with simple low and no cost measures. These savings can then free up the much needed capital for SMEs to innovate and boost investment into low carbon efficient technologies

If there is a silver lining to be found in the global COVID-19 outbreak, it’s that we now have a global precedent for radical action in the face of an unprecedented crisis. The prioritisation of energy efficiency incentives and the renewable sector offers industry competitive solutions to reduce power bills, rapidly generate new jobs, curb carbon emissions and save money all at the same time.

Most importantly, a large-scale investment into low carbon and efficient technologies at this time will ensure that industrial companies, SMEs and countries can rebound stronger than before. 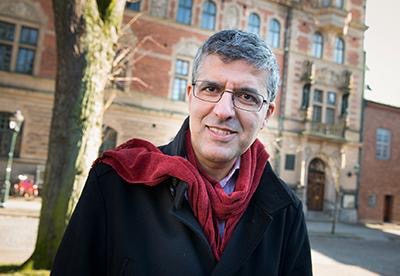 Tareq Emtairah is Director of the Department of Energy at the United Nations Industrial Development Organization.