The Rhodes Food Group is one of the oldest food producing companies in South Africa. Its proud heritage dates back to 1896 when its original founders pioneered the deciduous fruit processing industry in the country. Today, this Western Cape-based manufacturer ranks among the top 10 listed food companies on the Johannesburg Stock Exchange.

Saving energy in the downtime between seasons

The company is a large user of electrical and steam energy. With the costs of fuel increasing significantly over the past 10 years, a concerted effort was necessary to reduce consumption and costs. The steam system on the plant had two generation locations with an 8 tonne/hr boiler and a 4 tonne/hr boiler, respectively.

During the fruit processing season both boilers would be operational. Out of season only the bigger boiler would be in operation with an average load of 2 tonne/hr. The fruit cannery operation was moved to the Tulbagh facility in 2013 resulting in a significant drop in steam requirement for half the year. Thus, the plant’s steam distribution infrastructure was significantly over capacity. 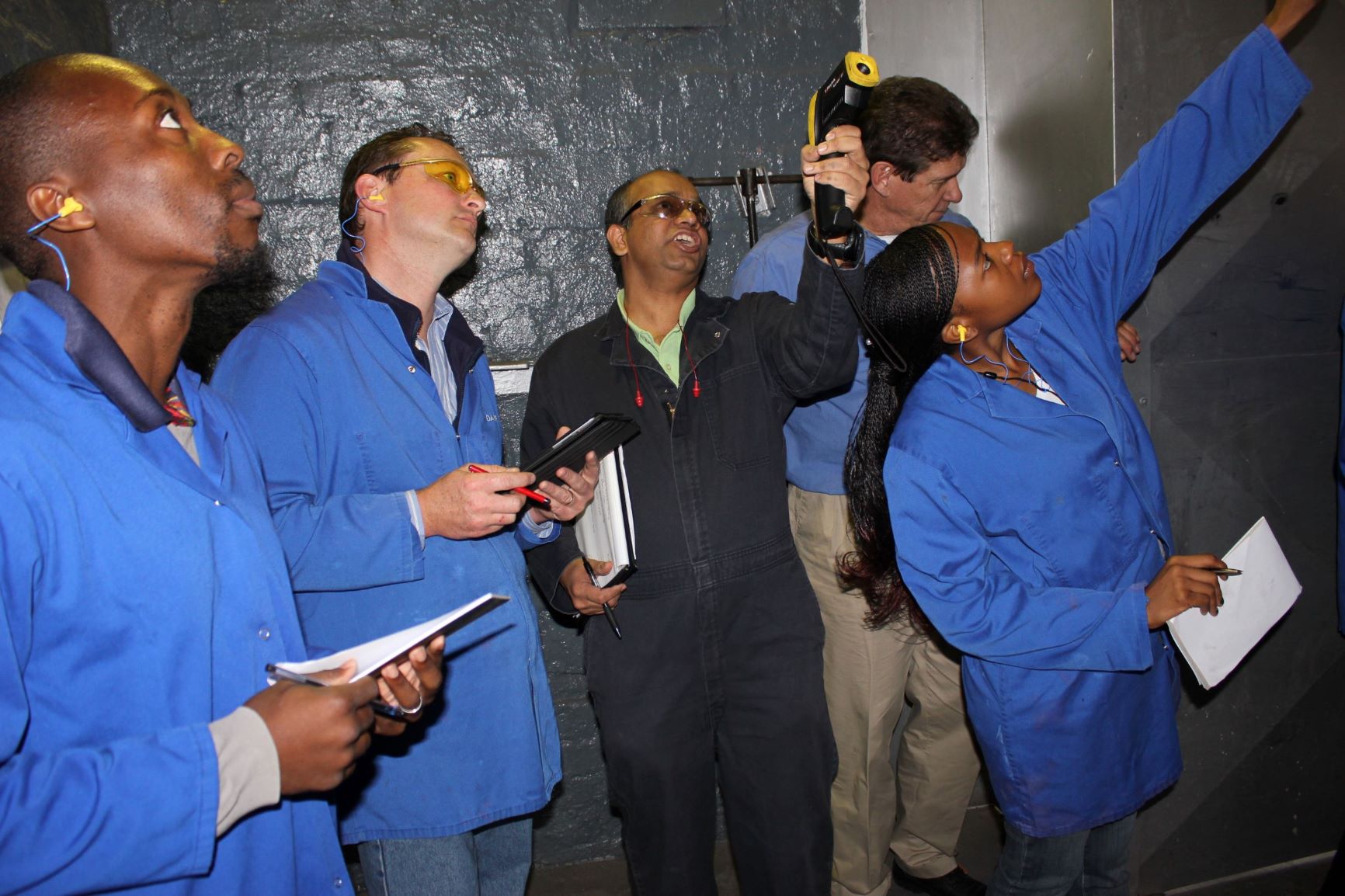 Faith Mkhacwa conducting a boiler assessment at the Rhodes Food Group in the Western Cape as part of the steam systems expert-level training. Credit: NCPC-SA

Click on the case study link below to find out how UNIDO helped to overhaul Rhodes Food Group’s energy and system system, enabling significant energy, cost and emissions savings.

Biogas: the next frontier in South Africa’s clean energy journey