Seven years ago, the idea of enabling Egyptian industries to use solar energy to power their heat processes seemed extremely ambitious – and that was even before COVID-19 and the global energy crisis hit.
But despite the turbulence of recent years, the collaborative efforts of 20 government bodies and public organizations, 60 private entities, and 20 financing institutions participating in the UNIDO-backed Solar Heating in Industrial Process (SHIP) programme have laid the foundations for a buoyant market. This year, Egypt’s solar water heater market was estimated at more than US$100m. As SHIP draws to a close we examine how it got there.

The flexibility to cope

When SHIP began, the need for Egyptian industries to make the shift to renewables was becoming increasingly clear. Egypt is one of 11 countries in the world with the fastest growing carbon emissions. Initially, SHIP chose to focus on three key industries: textiles, food and chemicals, responsible for 8%, 14% and 20% of the country’s energy consumption respectively, according to Egypt’s Central Agency for Public Mobilization. But what was unforeseen were the many global crises about to erupt.

Gihan Bayoumi Attia, UNIDO-Egypt’s energy programme officer, says one of the key factors in SHIP’s success has been the programme’s “flexibility to cope” through increasingly turbulent times.
She says: “We faced so many challenges, but we were able to adapt. During COVID factories nearly stopped working so the value chains stopped functioning. Then there was the devaluation of the Egyptian pound. The first devaluation was in 2016 [one year into the programme], and then again last year, and inflation continues to rise. This has made the cost of importing solar water heaters four times more expensive.” 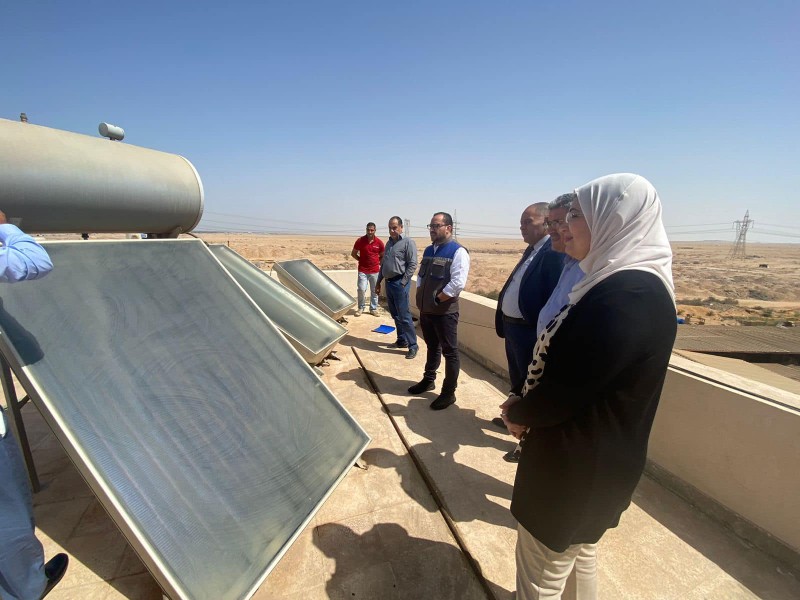 In many ways, soaring inflation helped pave the way, as Gihan says this led to “a change in the energy strategy of the whole country… and we worked to convince the government that the solar alternative could be a solution: with the rise in fuel and electricity prices, people will use this option because it’s a good product but it’s less expensive. The government now recognizes the value of having a locally manufactured product, and they are pushing for it.”

A solar water heater is composed of two parts: the tank – which Egypt has the raw material and technical capacity to build – and the collector, part of which is not yet economically viable to produce in Egypt so needs to be imported. SHIP devised a roadmap to encourage local manufacturers to produce the tank locally, thereby reducing the proportion of solar energy systems that need to rely on increasingly costly and unstable international imports. 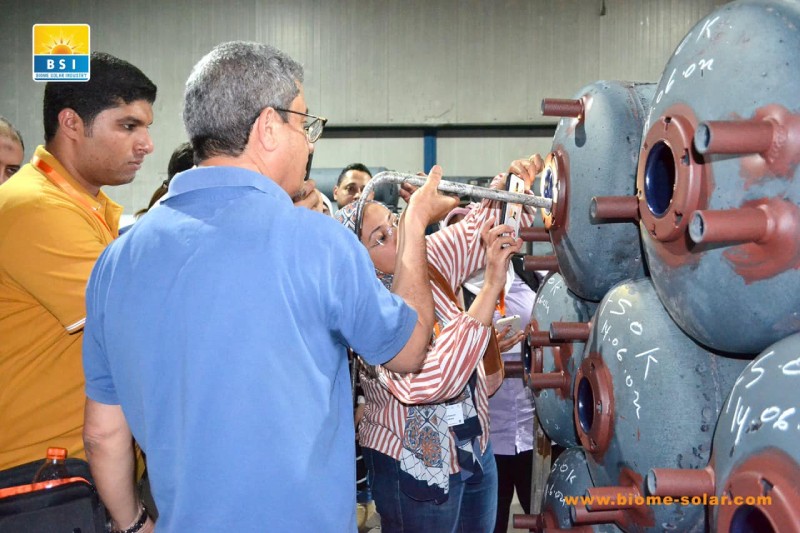 The programme was already working with the National Bank of Egypt to offer food, textile and chemical businesses low-interest loans to buy solar water heater systems. It then extended the fund’s eligibility criteria to include Egyptian manufacturers to enable them to finance solar technology production lines at less of a financial risk.

Another breakthrough came when SHIP developed a partnership with the main players of Tunisia’s solar water heater market, a market that has been in existence since 2005. In June 2022, an Egyptian delegation of high-ranking government and public officials, leading manufacturers and business leaders, financers and energy experts visited Tunisia. This helped connect Egyptian manufacturers with Tunisian producers of solar water heaters. Three months later, a Tunisian delegation visited Egypt.

“Tunisia is a country similar to Egypt and they have a very good model to follow,” says Gihan. “When you take people to that country and they feel the success, they can see the potential to replicate this experience.”

Sami Marouki, a renewable energy expert who helped coordinate the exchange, explains further: “The solar water heater manufacturers in Tunisia are exporting to developed countries because they use very high technology processes.

“During the visit, we held some business-to-business meetings, and did some matchmaking between Egyptian and Tunisian actors…During the follow-up visit [when the Tunisian delegation went to Egypt] we had private sector representatives with us who signed an agreement with two of the most important producers of household equipment in Egypt [to manufacture solar water heater components].” 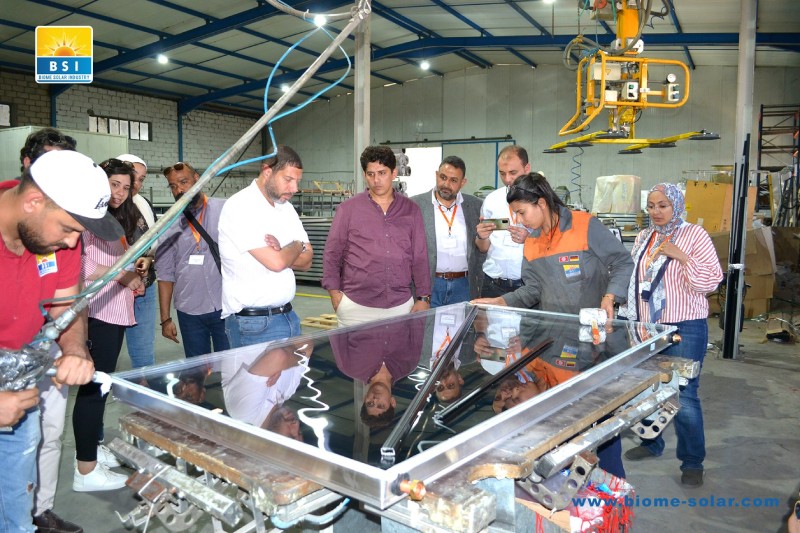 As SHIP comes to a close, 11 Egyptian manufactures are now engaged in creating solar heater production lines. The idea is also being formulated to establish a regional solar water heaters programme between Tunisia, Egypt and Jordan, and possibly other countries, to grow the market further.

Another huge factor in SHIP’s success has been its strong technical capacity, which helped forge cooperation and engagement from sectors across the full value chain. More than 1,000 people have been trained. This includes government policy-makers, solar water heaters installers and maintainers, consultants to assess returns on investment for businesses, suppliers who gained skills in marketing and business development, and bank staff who learned how to assess the projects applying for loans.

To ensure these skills are utilised, the New and Renewable Energy Authority was established, which enables UNIDO-trained installers and maintainers to register as accredited suppliers. A government-run laboratory has also been set up to monitor the quality of solar water heater components that Egyptian manufactures produce.

Despite SHIP’s efforts, there was limited appetite for introducing solar water heaters in the textile, food and chemical industries. Due to the complex nature of the heat process in these industries, making this shift required high initial investments with long pay-back periods, something that was difficult to sell in financially turbulent times.

So SHIP adapted once more by opening up its offer to other sectors. Research conducted by the programme found Egypt’s tourism sector had the most to gain, as the solar water heater systems needed are much simpler, the payback period is relatively short and the rate of return high. As of 2022, the potential annual market is estimated at $9m. A single visit to the tourist-hot spot of Marsa Allam in the Red Sea saw 30 tourism businesses express interest, of which 7 are now running feasibility studies.

Despite the unpredictability of recent years, the collaboration between actors across the value chain – from policy-makers to end product consumers – guided by a representative steering committee has enabled all the links in the chain to be seen as equally important parts of a greater whole, whose real value lies in the change they create together.

“For six years we have been making continuous efforts working on the value chain,” says Gihan. “We have been continually advocating for the importance of renewable energy, the importance of having good applications in Egypt; having locally manufactured products with good reputations. And we have reached out to high officials and been open to understanding what is hampering the market from being created. All of this has created market momentum.”

How are industries in low- and middle-income countries coping with the energy crisis?